Pallet Jacks | What Are The Different Types?

A pallet jack is a tool used for lifting and moving pallets within a warehouse. Different types of pallet jacks are available for various industries and applications. Stackers almost have the same function as pallet jacks, except that it has an additional feature of providing lifting assistance. They are considered a cheaper alternative than forklifts or other similar equipment. Stackers are ideal for use in warehouses with restricted sizes, where they are used to lift products onto a vehicle or into racks for storage. A manual pallet jack is the simplest and cheapest type, having a usual load capacity of 5500 lbs. It is composed of a steel machine with a hydraulic pump and is operated by pumping the handle up and down. The manual pallet truck is worked by the operator by positioning the two forks under the pallet to be moved, raising it off the floor through the jack. It is then steered with the handle to take the load to its desired destination. An advantage of the manual pallet jack is that it can easily fit in a back of a van because of its light weight and small size. However, it’s not the best choice for moving load over long distances as it can cause fatigue for the operator. Using a manual pallet jack is ideal in small spaces wherein lift height is not essential, such as in grocery store aisles or at the back of room warehouses. Other recommended industries for using a manual pallet jack are in forging and casting, general warehouse, and general manufacturing. Brands that make this type of jack include Yale, Crown, Toyota, and Raymond. 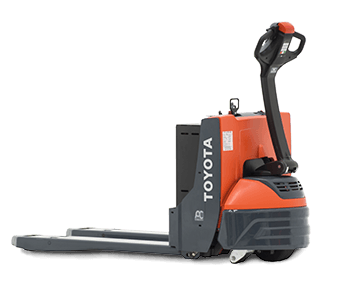 An electric walkie behind, also known as the walkie pallet jack, is twice the size of a manual pallet jack and is powered by an on-board battery pack or industrial battery. “Walkie” is the term used to a pallet truck that the operator must walk behind or alongside. Its lifting capacity is from 4500 – 6000 lbs. Advantages of using an electric walkie behind are its electrical assist for driving and lifting. It’s also beneficial for the operator since a press of a button to lift and lower the loads. In addition to this, there is no need to pull the load and machine, not to manually pump to lift up the load. The electric walkie behind also has a small size, making it more maneuverable. Disadvantages of this type of pallet jack is that it needs to be recharged regularly since it’s battery-operated. It also requires more maintenance because it has more moving parts, like the lift pumps and drive motors. Like the manual pallet jack, it is not the best choice for moving a load over long distances because the operator would still need to walk. The electric walkie behind’s maximum speed is low as compared to other types of pallet jacks since the operator must keep up with the lift; However, due to its low maximum speed, this feature also lessens the severity of collision hazards as compared to a rider pallet jack. Primary uses for the electric walkie behind is for loading docks and staging areas, and for mid-distance runs. Recommended industries for this type of pallet jack include beverage, general warehouse, freezer, food storage, and retail. Toyota, Raymond, and Blue Giant are brands that specialize in making walkie pallet jacks. 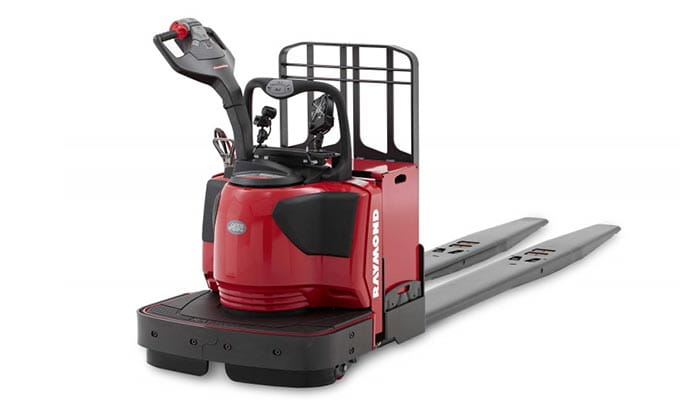 A weighing scale pallet jack is unique as it displays the weight of the load being moved. It is useful most especially for loading bays and factory floors. This type of pallet jack is advantageous in the sense that it caters to a specific niche. Sometimes, a printer can be attached to the pallet jack to print weight and other specifications. An all-terrain pallet jack has a load capacity of 2000 – 2500 lbs. It is lightweight but has a strong tubular frame design that handles evenly distributed load. Its large wheels allow movement over most surfaces. It has a three-position handle (up, down, or neutral), and is mostly used at nurseries, gravel pits, and construction sites. Vestil and Conhersa specialize in this particular type of pallet jack.

Adjustable pallet jacks have forks that can be modified into narrower or broader widths. This is useful especially for industries that have pallets with different sizes that need to be transported. Brands such as C&H Distributors, Raymond, and Southland Equipment Service have models on adjustable pallet jacks. 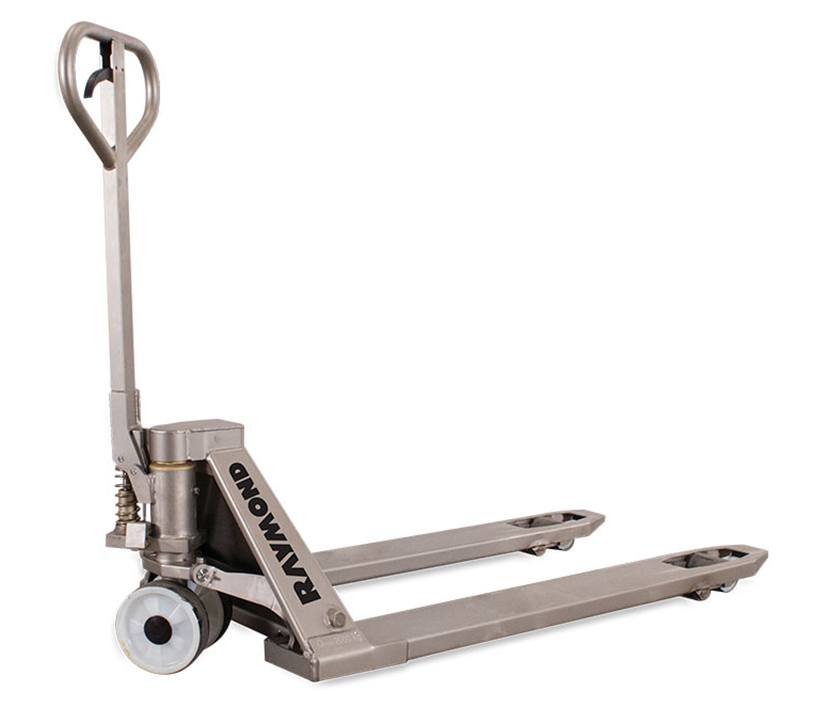 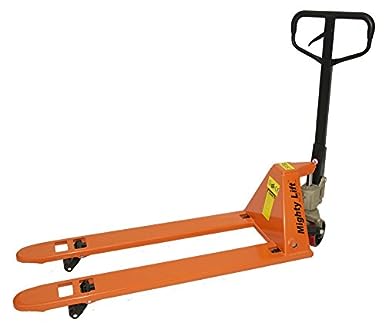 A mini-pallet jack typically weighs around 31 kg (68.2 lbs), making it easy to carry and is small enough to put into a truck. It is also foldable and can be hung on a wall for storage. There is no hydraulic pump, so there is no oil leak nor seals to replace. Mini-pallet jacks usually have a load capacity of 1100 lbs.